Showing posts from May, 2009
Show all

May 26, 2009
Stay away from Seattle, Washington. Actually, you can go there... but if a couple big thugs wearing black start chasing after you while people are yelling that you stole something (which you didn't), stop in your tracks and hope that whatever they do to you isn't as bad as what Christopher Harris suffered. The story (and surveilance video) is available at the Seattle Times . Long story short, he was falsely accused of being a crook, and rather than grabbing and cuffing him the cops decided to teach him a lesson and shove his head into a wall. And let me explain something: You don't come back from skull fractures that put you into a coma and leave you in critical condition. You might live, but you'll never be "normal" again. Once again, as I always say here, most cops are good people who are trying to do the right thing. And after a long day of busting bad guys, only to see judges give them a slap on the wrist , you'd probably want to bust a few sku
Post a Comment
Read more

Go forth and scan! 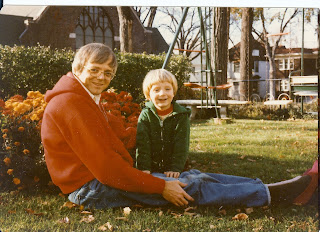 I'm giddy, giddy, GIDDY that I have a new (to me) HP Photosmart 3210 All-in-One that I can play with; apparently, there are printing issues with it... but what I really wanted it for was for scanning the tons and tons of old family photos I have. A pleastant surprise is that this particular model has a slide scanner. What I don't know is whether I can get it to accept medium-format slides (the large 2" x 2" ones that nobody knows about these days); Mom has several boxes of those from a trip to Europe. Anyway... fun scanner-related times ahead! :)
Post a Comment
Read more

May 09, 2009
I've turned on some free GoDaddy hosting for one of my not-yet-used domains, and spotted the following terms: Notwithstanding anything in this Agreement to the contrary, in no event shall Your web site consist of the following: search results, registration, "thank you", error, email or chat pages, pages comprised primarily of other advertising That seems kinda restrictive, doesn't it? Hmmm.
Post a Comment
Read more
More posts