Showing posts from June, 2016
Show all

June 29, 2016
Last February I met Darin Delaney at a " social media in small business " event sponsored by the BMO Harris bank branch in Burnsville, Minnesota.  At the time, he mentioned the Social Marketing and Networking Meet Up group that he co-leads, and I was all set to go... until I got sidelined by a cold the morning of.  (One of those "Wake up at 8:00 a.m., make a couple calls and emails to cancel appointments, go back to sleep for what you think will be just awhile, wake up again at 3:00 p.m.) kinds of colds; had I not gotten a flu shot, I'd have sworn it was the flu...) Fast forward to June (June?!?) and I finally made it to one of their monthly events. Today.  (What happened to March, April and May in my world?) I decided that rather than keeping my notes private, I might as well post them publicly.  It's social, right? Featured speaker and social marketing specialist Janet Johnson spent nearly two hours filling us in on Facebook ads.  The case-study was D
Post a Comment
Read more 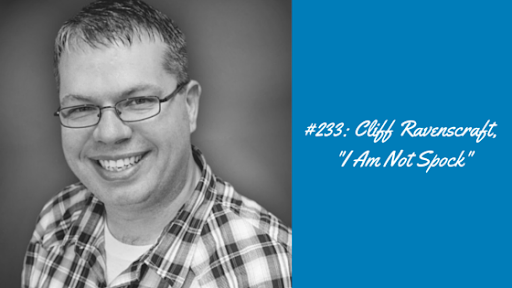 There are a ton of interesting spiritual messages coming up as I'm Listening to The Ray Edwards Show (#233: Cliff Ravenscraft, "I Am Not Spock"): http://rayedwards.com/233/ or "It's Not About the Microphone" (Part Two of Two) Note: This episode is the second half of my conversation with Cliff Ravenscraft, aka The Podcast Answer Man . You can listen to Part One by clicking here. Cliff Ravenscraft is the king of helping people start their own podcast. He's helped thousands of people do it. But wait – there's more… This is fascinating conversation ended up being so far-ranging, we had to make it two episodes. We'll discover… Why typecasting is not necessarily a bad thing. How the musical Hamilton changed Cliff's life – and so many others. The nature of ambition, service, and selfishness. And so much more! Click here to download or listen to this episode now . Links Wow – what a lot of links we mentione
Post a Comment
Read more
More posts